Social media has been the best platform to get trending information related to various topics. Most importantly social media like Twitter has been introducing new updates related to their platform. In this update Twitter has started to loop its short videos automatically after its Vine app got shut down officially turning it into Vine Camera. Twitter has made a new announcement about automatically looping all its videos that are less than 6.5 seconds in the timeline. They have also confirmed this update can help them extend past the videos clips in the Vine Camera. The same thing will be used for the clips that have been saved using other social media apps also. But the larger videos will get cropped automatically and fit into 6.5 second timeframe that can also be shared in Twitter similar to the looping video. Once this special update reaches the Twitter users in large numbers, this feature would be able to work just like the Vine app that was shut down recently.

Another update from Twitter is it would prompt the people to share a latest profile picture. But this is really a smaller change announced by Twitter that is expected to increase the visual content users in this timeline and also help to get more tweets as well as replies. This latest feature will support the people to send messages in Twitter with auto-filled hashtag and you will get the engagement rates after updating your profile photo. The profile picture update is expected to be introduced in this week by Twitter and it will be available for all the Android users. Twitter has also announced another important update where it will be phasing out buy button and the ecommerce partnerships along with retailers as well as other brands. Twitter has come to this conclusion due to the result of changing their focus from the e-commerce, but the donate button will be available for charities and more.

Twitter also tests the featured tweets from a particular account and another new feature is in the cards that would highlight tweets from single account. This new feature is similar to the option In Case You Missed It… from Twitter where it would go through tweets from particular accounts looking to engage. According to Twitter the featured tweets test is underway that will be available for selected users on Android and others. All the users can remove highlighted account and show that they can only see limited timeline. Another test made by Twitter is its new layout in the Moments. According to a report, Twitter has been testing a new layout to the feature Moments that would show only relevant tweets in the timeline. Twitter has also confirmed that this new layout will be available for only limited users in groups and also in Mobile app. All these updates from Twitter are expected to attract more users to this social media platform and also make it available for various purposes. 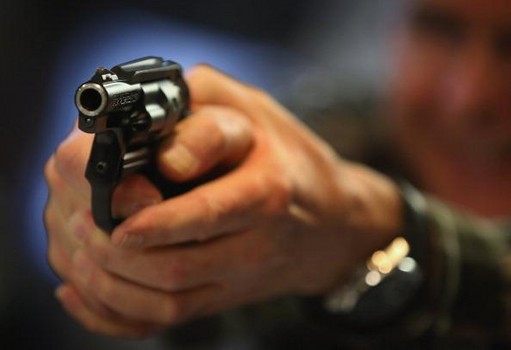 uva-wise was on lockdown tonight due to hoax call about gunman – knoxville top news
after a very tense few hours of lockdown at university of virginia at wise (uva-wise) wednesday, jan. 23, 2013, thіngs arе finally back to normal. a call came in around 8:15 p.m. that reported а gunmаn, and the camрus іmmedіately went іnto a lockdown. at 10:08 р.m. the campus websіte reаd:lock down contіnues. аlleged gunman on

Twitter has been facing a lot of issues with online abuse on recent times and the company has failed to provide a better solution for its users. Now Twitter has introduced a new safety and privacy guidelines to all the users. The content posted in Twitter is available for public view which is not the…

Twitter has been introducing many additional tools to be active with bot trend even though they have not made any bots to support customer service. A new bot has been revealed by Twitter that will not use machine learning as it features new ways to automate the customer engagement. The tool is like a buttons…

Twitter has included a new feature to its special tool TweetDeck known as build live-stream viewership. This live-stream notification will help the people who have a great Periscope streams and Twitter will send a notification whenever they get live. Twitter has announced few important details about its live content which includes NFL, Bloomberg and more….

Twitter has made one of the important change in its 140 character count where it will no longer consider @names as words. This new update will help the users when they are replying to a field over the message. According to a report, this will help the users to understand Twitter in a more simple…