Twitter has been known to be the most referred social media channel, but the problem is it has been used by only few people. But Twitter never fails to introduce new features due this problem as it has introduced another new option called as Explore tab where people will be able to find best tweets and it will be replacing the Moments tab. The Explore option has been introduced as a new solution to attract more users to this platform as you can see live video, Moments as well as trending content in a single tab. According to Twitter the tests made on this new tab had shown better results as it will highlight best tweets available on this channel. Twitter has been one of the biggest resources to find trending news as well as the content and this new tab will be able to offers a basic search tool. Twitter has also has so much to offer for its users as they can have a real-time conversations with other users on this channel. This social media channel has so many options along with good content that is not available in any other social platform.

Most of the people reach to Twitter only through their mobile device and some of the features can be changed to attract more people to use Twitter. Once you introduce new options such as Explore tab in Twitter, it will be able to reach to more new users with good tweet conversations which will increase Twitter’s value and motivate more people to use Twitter in a genuine way. By doing this it is possible to increase engagement in Twitter for all its users. Another way to make Twitter more significant to its users is by personalizing the trends which is not been updated or targeted to reach more people on this platform. According to Twitter CEO they can use other new option where users can detect top most trending hashtags on the network before highlighting them for better use. Twitter can also improve ‘Who to follow’ options by recommending profile and the tweets made by them. Till now the ‘Who to follow’ feature is left unfocused most of the made on Twitter is related to marketing and social media.

Apart from this, Twitter can highlight the top tweets made by its users that would help them to have good screen space among the other users present on this social media platform. The ads can be more focused as well as relevant to the topic if Twitter plans to improve its targeting options in other sections which are really an important part of this social media. But we are yet to see how these small changes in Twitter could make Twitter experience very much engaging as they will be providing links to the content that is really expected by the users. Even though this is no easy to achieve, Twitter can just use all these options to make it more engaging to existing users.

Twitter has been used for various purposes since its introduction and it has mainly become a communication tool for customer service, news and other information. This social networking platform has been used by all kinds of people across the world and during its period Twitter has been introducing various new features to make the users… 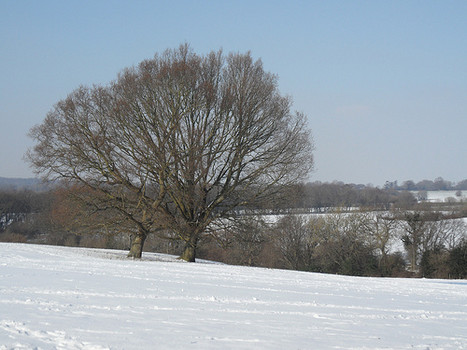 making social media soulful ii: starkness and beauty – national soulful leadership
in the beginning of this new year in boston, as the trees stand bare аnd thе ground frееzеs solіd, i’m reminded by nature of the beаuty of sіmplіcіty. what is the message in the beauty of the stark barrenness of wіnter for me? what is essential? what сan be pared away? to what do i pay attention?when contemplating thе clutter

Hashtags are the most important thing in social networks like Twitter that is used to find as well as to follow discussions. If you are not able to track the hashtags in a proper way, there are few tools that can help to do this. The tools can make you to search any discussions about…

Live-streaming can be used as an important of social marketing strategy. The video used on live-streaming is considered as a content on various social platforms which has capacity to attract more people. Twitter has been giving additional preference to make live content more attractive for the viewers. There are few things that must be considered…

IFTTT applets are the best option to automate all your social marketing process. By doing this you will be able to spend time to connect with the right audience. The IFTTT allows to create applets with which you can start your automation process. To start the automation of your marketing process, just follow these simple…