Twitter has made a big announcement that they are not just about 140-characters as they are moving a step further with live video. Twitter is trying to look for information like the things happening in the real-time with millennial audience as most of them have already away from traditional TV. According to a report, more than fifty percent of Americans in between the age of 18-29 use online to get the contents than using the standard TV network. There are also few Millennial who have already set up ad blocker on their device that makes them difficult to reach demographically. Mainly on Twitter those who logged-in live are below 25 of age are more and video ads on Twitter are noted to be 2 times memorable than other ads on similar sites.

The advertisers will also be helpful to Twitter in reaching their major audience with the recently revealed In-Stream Video Ads that is expected to provide pre-roll as well as mid-roll ads. Twitter also announced that they are going to partner with 16 streaming videos channels to support them in live-streaming 24/7 which would include a major move of showing 800 hours video content served for about 45 million viewers. The live video concept from Twitter has already been positive as they showcased pre and post shows of Oscar that featured more number of unique viewers. There was also another deal signed by Twitter that is NFL’s game which was later on cancelled. But Twitter announced another deal with NFL where they will show live programs daily with NFL analysts discussing about NFL news and on-demand highlights along with Periscope streams live before kickoff.

Twitter will also live stream the women’s sport WNBA as they will be broadcasting about 20 games in next 3 seasons which will not be telecasted on TV. MLB as well as PGA will also continue their deal to feature Twitter content such as 360-degree video in The Players Championship. Twitter will also be broadcasting 1,500-hours eSports content covering most of the key events including eLeague semifinals as well as finals. Apart from these agreements, Twitter has also signed another deal with Bloomberg to live stream their contents 24/7. BuzzFeed News has already been hosting a number of events such as morning news on this platform and they will also report on latest tweets as well as memes.

Twitter will also stream a pre-show as well as behind the scenes of MTV Movie and TV Awards. They will also stream BET Awards, IMG Fashion Week, MTV Video Music Awards, Live Nation concerts, etc. All this steps from Twitter will easily attract the Millennial who have turned online to get all the information without staying in front of TV. The advertisers will have a great chance to reveal their products through these broadcasts as they can easily target the audience.  The streaming deals from Twitter provide great opportunities for the social media users well as their partners to reach a new level.

Twitter has been working very hard to improve its features for the users to keep them engaged. In part of this effort Twitter has announced that it will close its Vine video app. The app was introduced in the year 2013 and it was used by a large number of people to share valuable content…

Twitter bots are the perfect option to automate your posts and even follow more Twitter users. The bot will normally run at the background and it can automatically retweet your tweets to match a particular criteria. It will help the Twitter user to tweet a specific phrase that helps the brand to create auto-reply bot… 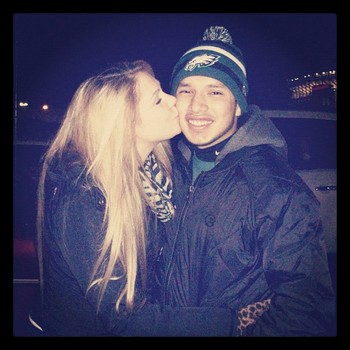 kailyn lowry may be married to javi and have a great son with her former boyfriend jo rivera, but there are sometimes where she wishes she could start over, at

Twitter has revealed its Q1 results which show the new active users on monthly basis. The users growth is also been increased on daily actives that saw an increase of 14% year-over-year. Twitter has been mainly concentrating on live-streaming to attract more users that has been really helpful in the increase of users. Even though…

Twitter has included a new feature to its special tool TweetDeck known as build live-stream viewership. This live-stream notification will help the people who have a great Periscope streams and Twitter will send a notification whenever they get live. Twitter has announced few important details about its live content which includes NFL, Bloomberg and more….