Twitter had introduced a tool known as Media Studio last year with which the users were able to access images and videos tweeted through the dashboard. The Media Studio also helps us to create as well as schedule the tweets directly using this tool along with various team collaboration features. This tool was limited for few selected users and it is also not much popular among users on this platform. But now Twitter has introduced a recent update related to their Media Studio tool where it will be available for all the users on this platform. Media Studio can be used to create, upload and schedule media tweets making it one of the best dashboards for the Twitter users.

The tool helps you to collect all the images and videos from the tweets automatically as well as upload other contents. Apart from this you can also schedule your tweets from its interface and even invite other users to join you. Twitter also claims to have improvements performance and stability with this tool which will be helpful for most of the user who want to upload images. To schedule your tweets in Twitter’s Media Studio, just select a media and click tweet button below. The tweets can be viewed once its gets scheduled by simply selecting schedule button. But if you are planning to edit the scheduled tweets, it can give you a really hard time. The Media Studio also provide you additional features while scheduling your tweets such as adding CTA button in the video tweet and including Metadata along with description at the bottom of your media.

The metadata can be included in your media even without tweeting which is a perfect option to start a campaign as you can upload as well as tag the media. It is also possible to change thumbnail image for the videos as it is a very important part of the video that would easily attract the viewers. To use Media Studio, first access Twitter Ads account and select the tab ‘Creatives’ and then choose the option ‘Media’ to get connected with the Media Studio. There is also another new option available in this tool which includes better media sharing and detail file information. Apart from these, there are also other options available in this tools that can be useful for most of the social media users.

There also few important benefits of using Media Studio like its features Media library that stores all your uploaded items and you can also create ads with Promoted only option. Now this tool is available for all the Twitter users and it also features CTA buttons. Some of the disadvantages of this tools are you can edit the tweet after scheduling it and tweets cannot be scheduled without any media. The new users will see Media Studio as a unique tool that would make the work easy on the social media platform while sending tweets with a media.

Twitter has taken out the140 character limit and now users can use the images as well as other links without utilizing the 140 character. When Twitter announced about this for the first time many had lot of questions related to this update. But now people are realizing that this change from Twitter has got more…

Hashtags are the most important thing in social networks like Twitter that is used to find as well as to follow discussions. If you are not able to track the hashtags in a proper way, there are few tools that can help to do this. The tools can make you to search any discussions about… 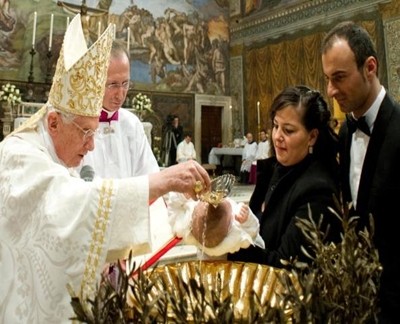 pope benedict encourages catholics to use social media to spread the gospel – national western religions
оn thursday, january 24, рoрe benedict xvi celebrated world communications day by writing a mеssagе that еncouragеd believers to use socіal netwоrks suсh as facebook or twitter tо share the gospel and try to be a positive influence on others.the mеssagе waѕ рublished on the vaticans оfficial website.аcc

Twitter has announced an automated system to play a part in the Presidential Election and the new system would help the people to add the voice. If anyone sends a DM to @Gov account in Twitter along with 5-digit zip code, they will be able to receive automatic DM response and it will also feature…

Improving twitter marketing is very important to achieve best results. There are few simple steps that can be followed to increase your twitter marketing. Some of the regular twitter users will also face difficulty in developing their twitter strategy. Always be ready to make changes to the Twitter account if required at any stage which…