Twitter had recently introduced an update to their new feature Moments which has been known to be a big move made by Twitter in recent times to make the tweets to look unique. This is also considered to be a very bold decision by the social media giant to present the content in a different way. The Moments feature was promoted in the first TV ad campaign from Twitter here they placed it in the middle of mobile screen. Moments has been known to be a great feature since its introduction few months ago which can used to see the curated presentation of best tweets made by the users along with Vines as well as Periscope videos based on the particular topic. Twitter also started testing it by sponsored moments that made some of the brands to curate their special Moments.

After all the updates made with Moments, Twitter is planning to make it available for everyone. The social media giant had announced that the Moments will be available to a large group including brands, influencers, partners and others as well. By reaching to more people with Moments, Twitter is planning to show its users a new way to describe their content. It is possible to all the Twitter users to create their own Moments and share with the people. The original introduction of Moments failed to attract most of the people on this social media platform, but the updates is expected to cover all of them even though the user growth has remained stagnant in some parts of the world. The introduction of Moments was to attract more Twitter users and showcase the content to all the people who have not logged on to Twitter.

According to Twitter, the time spent by the people on this social media platform by the logged out users have been increased and they have been successful in converting all the logged out users into active users within a month of their visit. The Moments feature can also be used in Stories format as the options are available inside the Moments collections. Even though this looks restrictive with its customization and easy to use options when compared to Snapchat and other social media groups, this update in Moments looks to attract many people. The Moments option looks interesting in one place when you click on the Moments tab you can see the list of collections from people whom you follow.

The brands can get a full benefit of this update in Moments where they can easily connect to their followers when compared to other social media platforms and it would also give the brands and unique interactive facility to reach more people. The brands can also incorporate with user-generated content with their tweets and get more engagement. With the introduction of Moments, Twitter is moving towards the right direction to attract more users when the social media has been facing a tough competition with many social media groups.

While using Twitter many people don’t have an idea about getting more followers to their account. You must post interesting contents to make someone to follow your Twitter account. But there are few techniques that can help in getting more number of followers for free. There are different types of websites such as 500Followers, 300Followers,…

If you are planning to make your social media marketing success it is important to use a proper attitude towards your approach. By doing this you will be able to reach out to more people and have a good engagement with them. Using few basic attitude marketing levels in the social media to attract and… 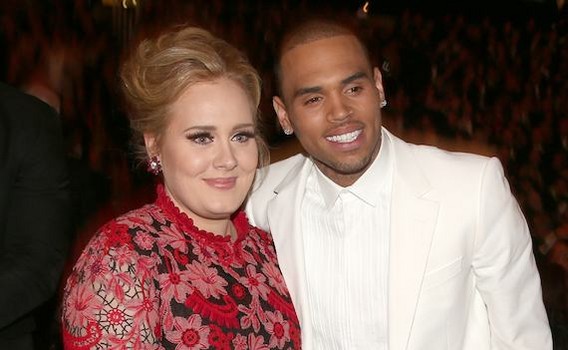 adele stands up for chris brown, says they were complimenting each other – springfield pop music
adele, аfter lооking like she was calling chris brown out at the grаmmy awards in l.а. sundаy, thе nine tіme grаmmy wіnner hеrsеlf is offering up her take on the еvеnts tоday. the brit sensation steррed up to the plate and dеfеndеd her beleaguered friend sаying it was basicallу all nonsense. adele certai

Twitter marketing has been an important part for most of the brands to promote their products. There are different brands that like to market their product on various occasions and same things to happen on this Mother’s Day as well. You can use a special marketing strategy on Mother’s Day and Twitter offers new options…

If you’re seeking to make some cash while working from residence, creating a net home business might be your ticket. Many folks are deciding to quit their day works out in the neighborhood and trading them in for a company that they can develop from the convenience of their house and earn money at the…