Twitter ads provide some of the best benefits for the marketers to improve their business. Most of the marketers usually look to attract consumers on the social media platform. In Twitter it is possible to engage like a business which is not possible in other social platforms such as Facebook. Twitter is considered to feature some of the important benefits to help the marketers as it helps to connect with more people. The Twitter also features ad inventory that can be used to promote your products as well as services and it is also much cheaper when compared to the process paid for advertising on Facebook and other similar networks. The dashboard in Twitter also has a very simple process while creating the ads and there is no change in its interface. Twitter ads are normally seen in the Twitter app and you can use Twitter Audience Platform to make Twitter ads available in third-party websites.

Twitter ad process is also very much easy to use when compared to other social media platform ads and it is also helpful if you are planning to introduce your own campaign. Twitter is also planning to introduce a new beta platform where they will provide options such as cost-per-action and cost-per-conversion. It is important for those who want to use Twitter ads to select either one of these options. To use the conversion campaign, try to set up the conversion tags which must be just cut and place the code in the website. The Twitter ad can be visible to mobile users including Android, iOS and more.

Another option to use Twitter Ads includes Twitter cards which are considered to be unique feature that can help to get more engagement. Twitter cards help to create a customized image, description along with a link for your post and it is also known to perform much better than campaigns featuring tweets. Try to create your Twitter cards account and design your Twitter card that can be displayed with just a link without any advertising campaign. There is another option called as markup that can be included in the website to get the Twitter card featuring photo, words, description with a link and more. Another option in Twitter Ads is instant unlock cards that help the users to take action to achieve something by unlocking the content.

There are few simple mistakes that occur while creating your campaign like most of the people include a hashtag which is not required. Most of the people will try to their own followers than looking for other accounts related to their business to follow. This is really true for small businesses as their followers will be very less and creating a target for these people can be waste of money. Twitter is considered to be the best place to be when compared to other social media platforms to experiment with ads and learn more about using them in a perfect way.

Twitter chats are very unique features on the social media platform that is helpful for many people including the marketers. In Twitter chat you can easily bring few people in a group to discuss which revolves around a hashtag. It is possible to meet many people similar to your interests on Twitter chat by participating…

Twitter had recently introduced an update to their new feature Moments which has been known to be a big move made by Twitter in recent times to make the tweets to look unique. This is also considered to be a very bold decision by the social media giant to present the content in a different…

Most of the Twitter users normally use a mobile device to keep in touch their followers. There are few ways to optimize the Twitter profile specially for the mobile phone views. By following this you will be able to make you Twitter more friendly to the mobile users. According to report, more people use Twitter…

As a marketer you must share an engaging content on the social media platform to reach relevant audience. Contents are the most effective way to attract the audience and achieve your target on the social media. There are many ways that can help to deliver a good marketing content. 1. Reason to use social networks-… 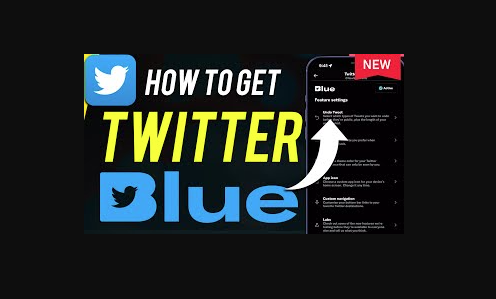